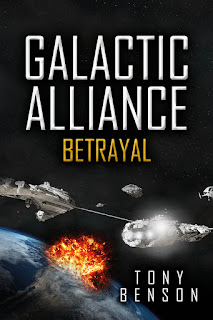 The Galactic Alliance has brought advanced technology and trade to Earth. The governments of Earth see them as a friend – why invest in global defences when we have the Galactic Alliance as an ally? Daniel thinks they're wrong. Nobody, not even Ruth, believes him when he stumbles upon a Galactic Alliance plot to take over Earth and subject humanity to brutal, dehumanising slavery. Separated from Ruth by Vorth astro-pirates, Daniel is torn between trying to warn sceptical Earth governments and finding Ruth. The astro-pirates, meanwhile, discover that Ruth is not the pushover they expect her to be. Pursued across the galaxy by hostile aliens, Daniel confronts the Galactic Alliance, plunging himself and Ruth into the heart of the biggest conflict in Earth’s history.

An Accident of Birth 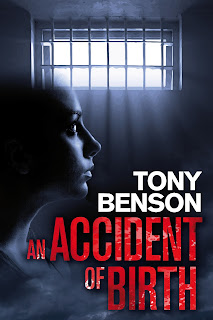 Twenty-year-old Francesca was born with a rare gift – fertility. The government imprisons and forces her to breed children for the infertile masses. She has waited four long years for her boyfriend Dominic to rescue her. Now desperate, he hires a black market rescuer.
Baron Drake is a fertile who has escaped the government's clutches and thrives on exploiting others. Deciding he wants Francesca for himself, he turns on the charm to gain Francesca’s favour.
What follows is a fierce struggle between the sensitive, caring Dominic and the ruthless Baron Drake to free her and win her love. And the baron will stop at nothing – not even mass murder – to expand his criminal empire.