When Does a Pacifist Pick up a Gun?

What would it take to get a pacifist to pick up a gun? I guess before we try to answer that question I should begin by saying what I think a pacifist is.

According to CollinsDictionary, pacifism is: (1) the belief that violence of any kind is unjustifiable and that one should not participate in war, and (2) the belief that international disputes can be settled by arbitration rather than war.

The second definition seems rather narrow to me, so I'm going to stick with the first one. I'm also going to limit this to violence between people. Violence towards animals is a whole subject of its own, and I'm not going there today.

Some of my readers might think of themselves as pacifists, and others might be nothing of the sort, so hopefully that will bring a whole spectrum of views to the table.

So what we're talking about here is this. If someone believes that violence of any kind towards other people is unjustified, what would it take to make them pick up a gun and use it against somebody else?

That's a tough question to answer, so I'm going to begin by posing a different question. If the life of somebody you love were threatened, how far would you go to defend them? This is the question faced by Dominic in An Accident of Birth, when Baron Craig Drake deliberately threatens Francesca with a fate worse than death. What should Dominic, a dyed-in-the-wool pacifist, do? Dominic is many things, but he is not a coward, yet he firmly believes he should not resort to violence.

So what should a pacifist do in that situation? Obviously they would seek out every non-violent means at their disposal to save their loved one, but how about if I pose a more specific problem, and we'll see what we can do with it.

Suppose you're asleep in the depths of night, and you're woken by the sound of an intruder. Your loved one is right there, vulnerable to whoever has just broken in, and there's no way out without going past where the intruder is.

There are several things you don't know about the intruder. Are they armed? Are they willing to kill? Will they kill without hesitation, or would they negotiate? Will they find you in the next ten seconds or ten minutes? You simply don't know. Will you leave it to chance, and hope they won't respond to your presence by killing you and your loved one? Or will you act first, quickly, and take chance out of the equation? Hit before they know you're there? Kill first?

Plenty of people would say that of course you should kill first and not give the intruder the benefit of the doubt. But for some others it's a dilemma. Even though the stakes are high, it's still tempting to try to find another way out of the situation. But if you've only got seconds to think about it, perhaps a more visceral response might be inevitable. Is there a real alternative?

Perhaps then the dyed-in-the-wool pacifist might respond with violence?
Posted by Tony Benson at 13:10 2 comments:

Email ThisBlogThis!Share to TwitterShare to FacebookShare to Pinterest
Labels: An Accident Of Birth, Writing

Today I'm happy to be interviewing Angeline Trevena, author of horror, fantasy and dystopian fiction. Angeline's new dystopian novella, Cutting The Bloodline, will be released on 12th May, and can now be pre-ordered from Amazon. If you haven't read any of Angeline's stories before, this is your chance, and I know you won't be disappointed.

Cutting The Bloodline is a vivid portrayal of a scarily real future, and the man who risks his life to expose the truth. Insightful, original, imaginative, and a great read.

In the words of the author:

Not everyone is born innocent.

A generation of defective children were abandoned. They grew up on the fringes, without rights, without a way to change their fate.

Journalist Kenton Hicks is driven to tell their stories, but these are not stories everyone wants told. As he digs deeper, he finds that the discovery of the criminal gene, the foundation of their crime-free utopia, isn’t quite the salvation it promised to be.

Armed with a book that could bring down the government, Kenton finds the country’s future in his hands.

Some see him as a saviour, others as a traitor. It’s time for him to choose which he will become.

Cutting the bloodline can be pre-ordered until 12th May, and purchased on or after that date. Either way, follow this link: http://authl.it/B00W3AP0VY

And so, on to the interview. I asked Angeline a few questions, and here are her answers...

I came across an article, just randomly, about how someone had identified a criminal gene, and it got me thinking about the possible ramifications of that. We're a society that—no matter our spiritual beliefs—put a lot of faith in science. Since the dawn of modern medicine, we've repeatedly found ourselves pulled between our morals and our desire to move forward scientifically. The vaccination debate, animal testing, so-called designer babies, cloning. I wondered what might happen if we chose science over humanity.

Having previously worked in the justice system for several years, I hold absolutely no belief in a criminal gene. Your choices are your own, and it's people's situations that push them to break the law, their desperation, or their personal moral code. It's not genetics.
I think it's an issue which will become more and more relevant as we move forward. We're so lucky to have the NHS in this country, but there's still a huge difference between those who can afford medicine and those who can't: cancer patients forced to sell their homes, families fund raising to send their children abroad for life-saving treatment. I can see the gap between those who have, and those who haven't, widening. Who knows what will be available to those who can afford it in the future, but it won't be available to all.

There's so many great things that can be done through genetic research, so many inherited conditions that a lot of people would love to be eradicated. But where do you draw the line? And if you eradicate a certain condition, what are you saying about the people who have it? We can't advance medicine and science without needing to seriously re-evaluate our morals.
It would be lovely to see it performed, but it's not something I'm planning to pursue. Even as a novella, it still has a very theatrical feel, especially through the dialogue which the entire story is hung on.
The last few decades have seen connectivity leading everything, and I think that's something that will continue. We like to have internet access 24-7, have it on the go, be able to chat online wherever we are. But I love the thought that all it takes is one solar flare, one large asteroid, one random event, and all of that, all of our technology is gone. Mother Nature can devastate and, no matter how hard we try, we can't control her. I love wondering how humans would cope if they were suddenly thrown back to the stone-age. Me? I'd probably be dead in a few hours, but those with practical skills, initiative, problem-solvers, they'll thrive. Your university education, your bank balance, your exclusive golf club membership won't mean diddly-squat if you can't grow food to eat.
Cutting the Bloodline was very much an experiment, just to see if I could self-publish, to see if I enjoyed it. The learning curve is very steep, but it's been so much fun. At the moment, I have no plans for a sequel to this, but maybe Kenton isn't done yet. I originally wrote this five years ago, and I still love him as much as I did when I first created him. So I'll never say never.

I'm planning an extensive dystopian series next. But that's all I'm going to say for now.
My first short story was published in January 2011, and it was actually a spin-off from Cutting the Bloodline. Entitled 'The Vincent Orphanage', it's a gothic ghost story, so quite different. Attendees of my book launch party will be able to download an updated version for free, and after that it will be exclusively available to my newsletter subscribers.

Most of my short stories are horror, I find it easier to write horror in the short form. It also gives me more scope to experiment, and to have fun, without a huge time commitment if it doesn't work out. This July, I have a story, 'Order Up', in the upcoming anthology 'Sunny With a Chance of Zombies' from KnightWatch Press. Everyone should look out for that one, it is set to be an amazing anthology, and I think this is the best short I've ever written. Despite being set during a zombie apocalypse, it's an incredibly tender, beautiful story.
Absolutely. This is a story about people doing extraordinary things in an extraordinary situation. It's not heavy on the science-fiction, if anything, I worry that sci-fi fans picking it up will be disappointed! I think people will relate to the characters and their motivations, even if it is set 40 years into the future.
Always. What I listen to depends very much on my intended style for what I'm writing at the time. When I write horror, I play much darker music; gothic rock, metal, something like that. But the band I play more than any other—and I think I probably listened to them through the entirety of this project—is Counting Crows. They've been my favourite band since I was 16, and the songs just inspire me so much.
I'm very lucky that I get to be a full-time mum and writer, and I'm even luckier that my son is a really, really good sleeper. He always has been. At more than two and a half years old, he still has long afternoon naps. I generally get up between 5am and 6am in the morning, and write until he gets up, then again in the afternoon. If I have any energy left, I'll write in the evening too, but more often than not, I simply drop onto the sofa and stare at the TV! But it does leave me with a lot of the day that I can't be tied to the computer, so I always have a notebook on hand for those ideas that crop up while I'm watching yet another episode of Peppa Pig! 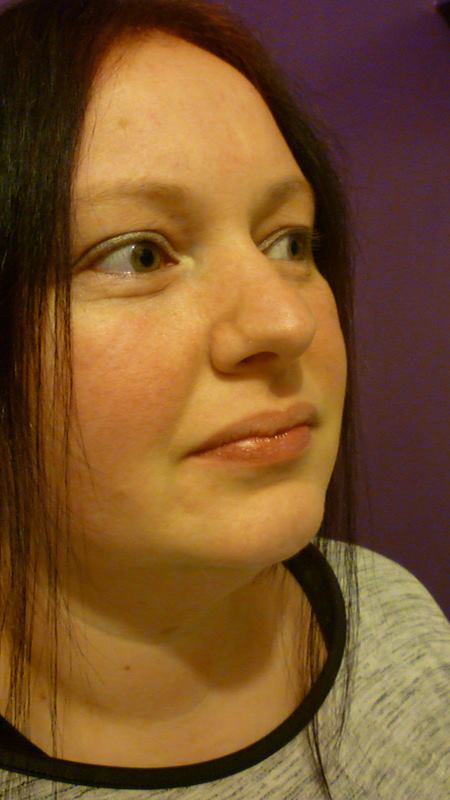 Angeline Trevena was born and bred in a rural corner of Devon, but now lives among the breweries and canals of central England. She is a horror and fantasy writer, poet and journalist. Cutting the Bloodline is her debut novella, and she has several short stories published in various anthologies and magazines.

In 2003 she graduated from Edge Hill University, Lancashire, with a BA Hons degree in Drama and Writing. During this time she decided that her future lay in writing words rather than performing them.

The most unlikely of horror writers, Angeline is scared of just about everything, and still can't sleep in a fully dark room. She goes weak at the sight of blood, can't share a room with a spider, but does have a streak of evil in her somewhere.

Some years ago she worked at an antique auction house and religiously checked every wardrobe that came in to see if Narnia was in the back of it. She's still not given up looking for it.


*
Here's that purchase link again in case you want to get on over to Amazon and pre-order or buy a copy of Cutting The Bloodline: http://authl.it/B00W3AP0VY