A Signed Book Is The Perfect Christmas Gift - Special Offer 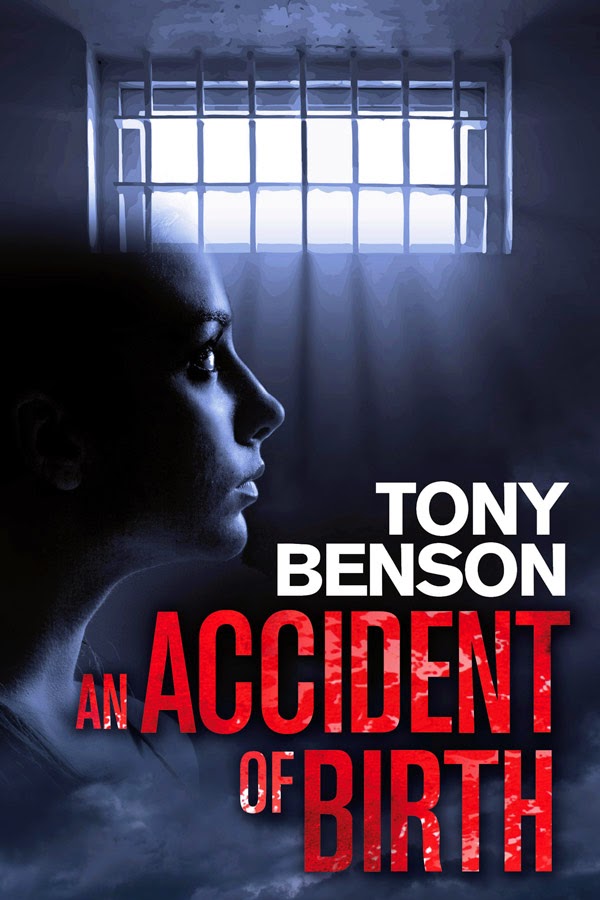 If you'd like me to dedicate the book to someone special, please just let me know their name, and I'll be happy to oblige.

Make someone happy this Christmas. Give them a book to read.


Twenty-year-old Francesca was born with a rare gift – fertility. In a polluted society, the government imprisons and forces her to breed children for the infertile masses. She has waited four long years for her boyfriend Dominic to rescue her. Now desperate, he hires a black market rescuer, Baron Craig Drake, a fertile who has escaped the government's clutches and thrives on exploiting others. Unbeknownst to Dominic, Drake has his own plans for Francesca. When Dominic attempts to free her from the government's prison, he finds himself struggling to keep her from becoming another victim of the ruthless Baron… and to free the woman he loves once and for all.
Posted by Tony Benson at 09:31 No comments:

Huge congratulations to the ESA Rosetta mission team! They have done what some said was impossible. The image above is a photo taken by the Rosetta craft of the Philae lander shortly after it was released for its descent onto comet 67P/Churyumov-Gerasimenko.

Seven hours later, this afternoon at 1603 GMT, the signal was received confirming that the Philae lander has touched down on the surface of 67P/Churyumov-Gerasimenko.

This success paves the way for ground-breaking research. The Philae lander is equipped to take images of the comet's surface, but it can do much more than that. If its battery remains serviceable and the Philae lander remains anchored to the comet, it will analyse the composition of the surface, drill for samples, and send back an analysis. It will use radio signals to probe the comet's structure, and all in all, it will provide a wealth of data about the comet.

Comets and asteroids are considered interesting because scientists believe that they are the leftover remnants from the formation of the solar system some 4.5 billion years ago. Comets are particularly interesting because they ended up in the outer reaches of the solar system, in the Kuiper belt and the Oort cloud. These places are cold - about 50 degrees above absolute zero, and because of this extremely low temperature, the composition of comets has changed little since they were formed.

Comets are well known for being made up of dust, rock and frozen gasses, including water ice. There is evidence that the water in comets could be the source of water on Earth, and this is particularly interesting because those very same comets contain a wealth of organic molecules - the building blocks of amino acids, protein, and hence, life itself.

So what we see when we get up close and personal with a comet such as 67P/Churyumov-Gerasimenko is a window into the past. So far in the past that we gain clues to the processes that took place during the very formation of the solar system. This in its turn gives us clues about our own past.

The Rosetta mission, and particularly the Philae lander, can teach us much about the early years of the solar system, and even give us clues about the formation of the Sun itself.

For so many reasons this success is a source of excitement, not only for the scientific community, but for everybody.


Congratulations to the ESA Rosetta mission team. May your successes continue and your data be plentiful. 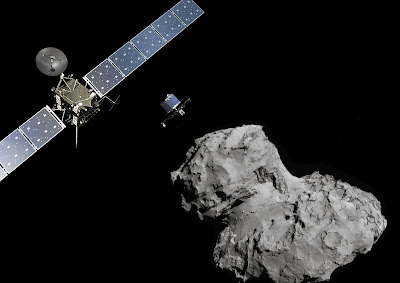 
Image, courtesy ESA
Posted by Tony Benson at 01:18 No comments: